Tahith Chong has signed a new contract with Manchester United.

The 20-year-old has ended speculation over him leaving Old Trafford by penning a new deal which keeps him at the club until June 2022.

There is an option to extend the deal for another year，according to football data provider iSports API.

Chong has been the subject of speculation for months, with links to a number of European giants such as Barcelona and Juventus a regular occurrence

However, the Netherlands Under-21 international has committed his future to Ole Gunnar Solskjaer’s side.

Speaking to the club’s official website, Chong said: “When I joined Manchester United as a youngster, it was a dream come true.

“It is an honour every time I pull on the shirt and represent this club.

“The opportunity to learn from the manager, his coaching staff and the world-class players here is fantastic..

“I am delighted to sign this new contract and really grateful for the chance to prove myself here for many years to come. 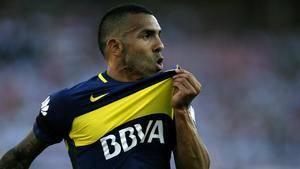 A former favourite on both sides of the divide in Manchester, 36-year-old Carlos Tevez proved he’s still a force to be reckoned with on derby weekend. Tevez’s fierce drive from 20 yards in the 72nd minute was too hot to handle and helped Boca Juniors to a 1-0 win over Gimnasia y Esgrima, according 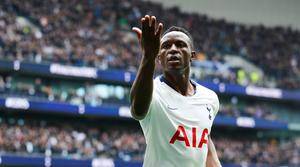 Tottenham Hotspur have announced that they have reached an agreement with MLS side Montreal Impact for the transfer of Victor Wanyama. The 28-year-old has been at the club since 2016 after signing from Southampton. During his spell in North London the Kenyan made 97 appearances for Tottenham, scor