Utah Jazz center Rudy Gobert was ejected late during Monday's 101-92 loss to the Toronto Raptors, and he didn't mince words at his displeasure about getting tossed, as per NBA livescore API provider iSports.

"I don't think it makes sense to me. But next time, I'll do justice myself so the official can eject me for a reason," Gobert told reporters.

Gobert and the Raptors' OG Anunoby were thrown out with 40.6 seconds left after jawing with each other. They received double technicals and had to be separated by teammates.

Gobert said Anunoby "tried to elbow me in the face."

"And the guy that's getting paid to protect the other players didn't do his job," Gobert said, referring to the officials. "There was a little altercation, and we both got ejected when I didn't do anything back, pretty much, which I don't understand."

Gobert finished with six points and four rebounds in 32 minutes, Anunoby had seven points and five rebounds on Monday, according to iSports basketball API. 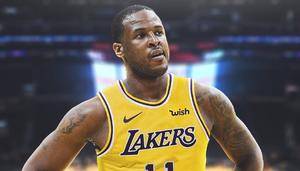 The Memphis Grizzlies signed veteran forward Anthony Tolliver to a 10-day contract, the team announced Monday. They took advantage of his addition immediately. Tolliver had 12 points and three rebounds in 19 minutes off the bench, and was 4 of 5 from 3-point range, as Memphis defeated the Hawks in

The Memphis Grizzlies said forward Brandon Clarke will miss at least two weeks because of a right quad injury. Clarke played only three minutes in Memphis' loss to the LA Clippers on Monday, due to what the team initially called right hip soreness, according to NBA data provider iSports API. （iSpo